I am born in Helsinki, Finland on the 28th August 1937 but my parents were Swedish. Primary and secondary school in Västerås with graduation in 1956 (classical languages). I took part in amateur orchestras during my school time as an oboist.
Military service in Visby, later captain in the reserve.

Studies at Uppsala university (French, Italian, history of art, musicology with Ingmar Bengtsson) leading to a Ph.D in 1969. During my university time I worked part-time in the University library 1960-69 taking care of the music collections in the custody of the Manuscript department and 1961-65 I worked for the RISM secretariat in Sweden cataloguing the historical music manuscripts.

1970-74 I was librarian at Uppsala University library. 1974-2002 I was music librarian at the Swedish Music Information Centre , Stockholm.

As an amateur musician I played the oboe in the Uppsala University Orchestra Akademiska kapellet and one season I played the chalumaeu in Joculatores Upsaliensis. A few years I conducted the wind band, Kruthornen, of Västmanland-Dala student club.

I was secretary and later chairman of the members of the Uppsala University Orchestra until 1963, under the conductors Sven E Svensson, Nils-Olof Berg and Lars-Erik Larsson.
I was a member of the editorial committee for Monumenta Musicae Svecicae 1967-77.
I was on the board of the Swedish section of IAML 1977-87.
I was a founding member and 1973-92 president of the Nordic Paper History Association . In addition editor 1988-90 of NPH-Nytt.
Chairman of the employees organisation at the Performing Rights Society, Stim, 1975-1978.
Secretary of the Music Information Centres’ Professional Branch 1981-83.
Secretary of the Hugo Alfvén Association 1990-2015. Editor of Alfvéniana 1990-2013:1/2.
Member of the electorial committee of the Swedish committee of IMC 1994-2000.
Secretary of Svenska Musikrådet, the Swedish Committee of IMC, 2000-2006.
Secretary of the contemporary music societety Samtida Musik 2004-2006. 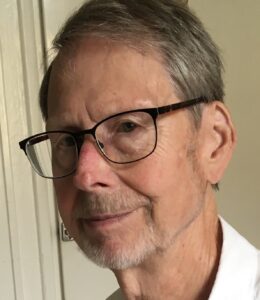